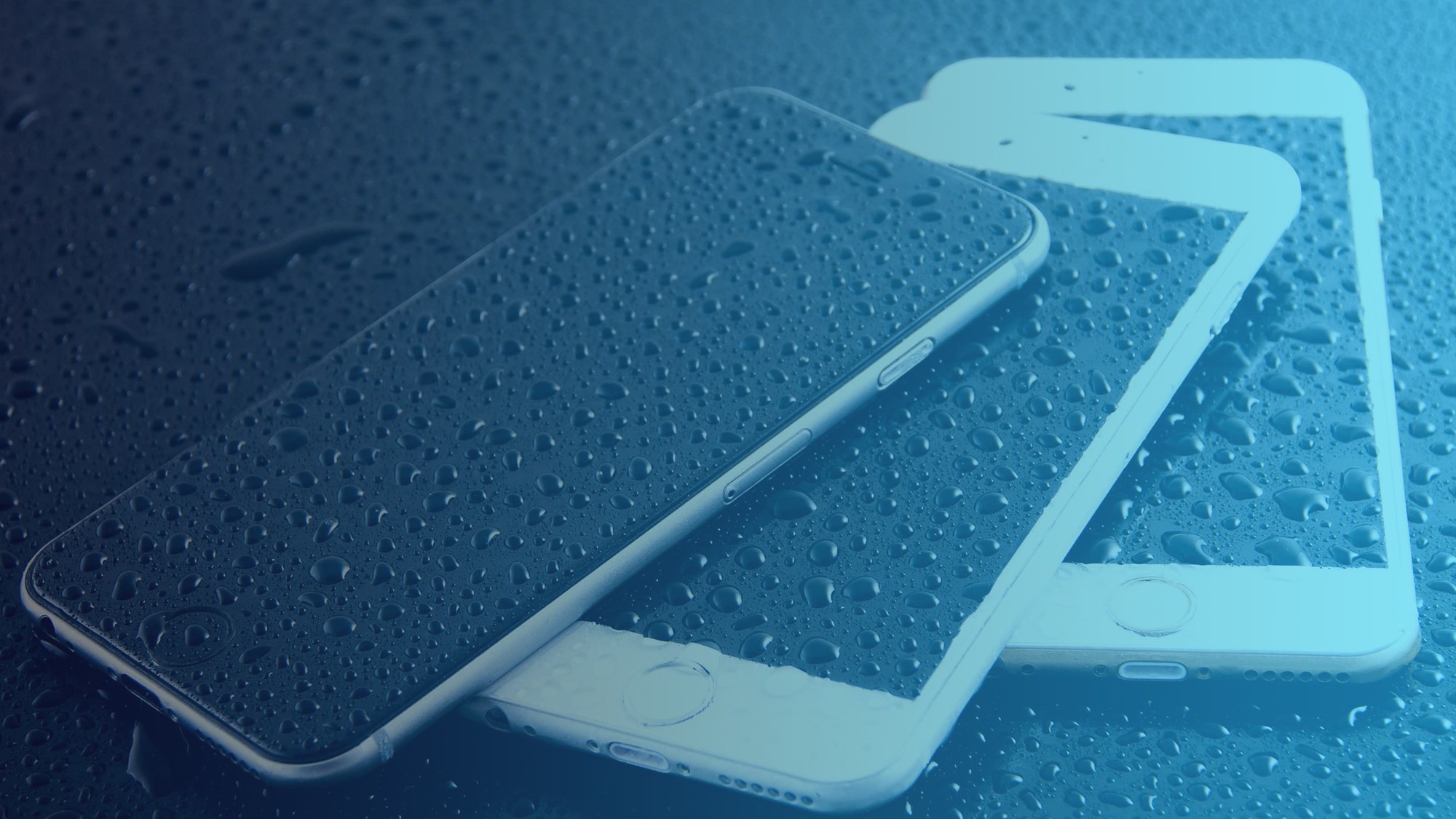 These days, a broken smartphone is almost like a rite of passage — these little suckers are basically personal computers in our pockets, and despite how wonderfully useful they are, they’re not exactly durable like the brick phones we used to use in ancient times. While an old Nokia bar phone could probably survive a trip into the fires of Mount Doom, we have to be a lot more careful with our phones now, and even if you think it will never happen to you, it will. Just you wait.

Of course, that doesn’t need to be true, if you’re vigilant about maintaining good habits that keep your phone out of danger. At iFix and Restore Pro, we make our living repairing people’s devices, so we’re familiar with just about every type of accident. While our business kind of depends on fixing broken devices, we also know how much of a bummer a broken phone can be, so we’re here to look at the most common types of smartphone accidents, and what you can do to avoid them.

Falling Out of Your Lap When You Leave the Car

There are two types of people in this world — those who have had their phone fall out of their lap while getting out of a car, and dirty liars. This is by far one of the most common accidents, and it continues to be pervasive because there are a few universal factors at play.

First off, pretty much everyone either drives or rides in cars, and it can be easy to forget your phone is on your lap. You may be distracted by conversation, good music, or some good old road rage. Secondly, the phone almost invariably falls onto concrete, asphalt, or gravel. While phones are getting stronger every day, they’re still no match for these surfaces. In a best-case scenario, the phone falls flat on its face and you get away with a few little dinks. In a worst-case scenario, it falls lopsided, hits a disproportionately large pebble on the ground, and you end up picking up a device that looks like it just took a bullet.

How about not putting your phone on your lap? Have you ever thought of that? On a more serious note, one great way to avoid this accident is to invest in a smartphone mount for your car. This not only reduces the risk of “dropping” your phone, it’s also much safer for driving. It’s commonplace to use GPS services when we drive now, and having it mounted in a good spot is preferable to constantly looking down at your lap — and think of what it will do for your posture!

Have you ever just sat there and cringed watching somebody attempt a photo-op that has a 99.98% chance of ending in disaster? Due to the sheer, unhinged audacity of the people who lose their phones like this, it deserves its own category outside of normal drops.

In short, be conscious of the $900 glass device in your hand when you’re taking a selfie outside of the car window on a bumpy off-roading trip. Of course, you can substitute that situation with just about anything else — holding it over a cliff in the presence of harsh winds, getting too close to the crashing waves of a beach, the list goes on.

Brace yourself, because we’re going to say it. That’s right — selfie sticks. These bad boys are far more reliable for daring selfies than your flimsy hands are. But, if you don’t want to be that person, it’s a really good idea to just have some kind of lanyard that can catch your wrist if you’re handling your phone in hectic situations. Or, you know, just get a GoPro.

Letting your phone fall out of your lap is lame and unceremonious, but it at least has that certain combination of factors that makes it a somewhat unsurprising occurrence when it happens. Breaking your phone while taking a cool picture kind of sucks, but at least it makes for a good story (and maybe a good picture). But there’s nothing worse than breaking your phone because you just dropped it. Randomly. For no good reason.

You’re probably familiar with the everlasting shame of this event if you’ve ever had that moment where you’re just casually using your phone and then it just kind of leaps out of your hand to its death — bonus points if you were doing something completely innocuous, like standing still and sending a text. However you end up dropping your phone, there’s no joy to be had if it results in a broken screen.

If you don’t already have a pop socket, now is probably the time to get one. For the uninitiated, pop sockets are those little plastic circles on the back of smartphones that “pop” out to make a little doorknob-esque protrusion. These have some cool little practical uses like being able to function as a kickstand in landscape mode, but more importantly, you can grip it between your fingers when you’re holding it in day-to-day use, making it far less likely for your smartphone to slip out of your hand. That’s arguably the best way to prevent random falls, short of super-gluing your phone to your hands.

Dropping it in the Toilet

Okay, we have a confession — we’ve never dropped our phones in the toilet. To be honest, we’re not even sure how it happens, but boy, does it happen a lot. To all you toilet-droppers: what happened? Dudes, were you holding it up while you did your business? Why couldn’t you just wait ten seconds? Why not use that energy to aim instead? Ladies, at what point in the process does a phone just slip into the watery abyss? Was the phone in your back pocket? Why is your back pocket getting so close to an open toilet anyway? There are so many questions.

We don’t want to write any more about toilets than is absolutely necessary. Just know that this is, in fact, a very common cause of smartphone water damage, so be on your guard during your bathroom trips — anything could happen.

Just, like, have better spatial awareness? Is that a valid answer? The toilet is such a narrow target that it’s surprising how often this happens, but we are absolutely confident that, if you’re actively trying to not drop your phone into the privy, you’ll succeed. We believe in you.

While we haven’t even scratched the surface of all the kinds of accidents your phone can endure, the list starts to look the same after a while, and the prevention methods basically all come down to “be more aware and have something that can anchor your phone.” With that being said, phones break at the most unexpected moments, and when they do, you’re going to need a way to fix it.

That’s where we come in — at iFix and Restore, we specialize in repairing broken smart devices. We specialize in Androids and iPhones, but we also service Mac computers and laptops. With over 19,000 devices fixed in our history, you can bet that you’re coming to someone with experience when you walk through our doors.

Cell phone repair allows you to keep using your device without the monthly fees of insurance, which can add up pretty quickly, but even better, they prevent you from having to purchase a new phone entirely, which can be hundreds of dollars, potentially reaching into quadruple digits. Are in Jacksonville, Boynton Beach, or surrounding areas with a phone whose time has come? Don’t worry, a resuscitation is in order — all you have to do is stop by or contact us today.