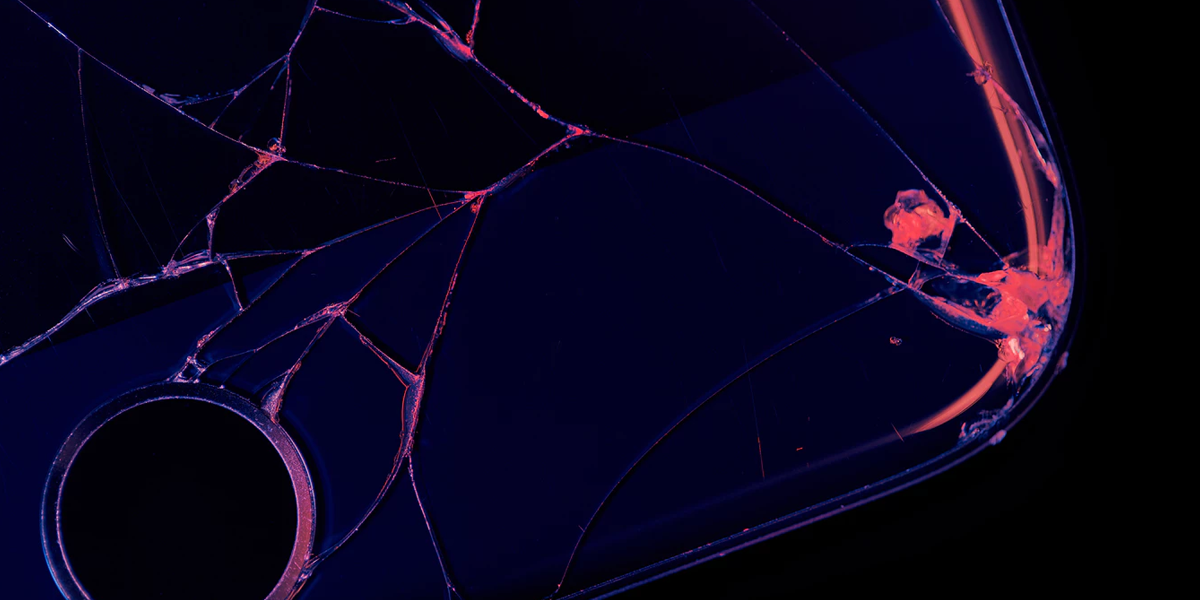 Breaking a smartphone is anything but uncommon. While it’s amazing and life-changing having tiny devices in our pockets that can do just about everything in the world, this comes at a cost — smartphones are far more advanced than any personal tech that has come before, and because of that, they’re far more susceptible to damage. If you’ve broken your phone for the first time, take it as a rite of passage, and if it’s not your first offense, know that you’re not alone. Unfortunately, despite how often smartphones break, most people are woefully uninformed about the repair process. Some folks think their case is hopeless and they immediately start shopping around for a new phone, while others believe that there’s no avenue for repair except for insurance and warranties. In reality, there’s a reason why there are so many cell phone repair shops such as iFix & Restore — third-party smartphone repair is quite possible for most damages, and it’s usually more affordable than the alternatives. Many people aren’t aware of this due to common myths regarding smartphone damage and repair. Keep reading if you want to separate fact from fiction! MYTH: Cracked Screens Are Only an Aesthetic Problem Cracked screens are far-and-away the most common problem that people experience with their smartphones, and this will probably be true for many years to come. No matter how advanced new glass technology gets, it’s pretty hard to withstand a hard impact against rocks or concrete. A cracked screen is annoying, but most people take the optimistic approach; they accept the cracks because it’s nothing more than an aesthetic problem. In other words, cracked screens are annoying because they’re ugly, not because they actually damage your phone. Well, this isn’t entirely true. Cracked screens can, in fact, introduce major problems in your phone’s functionality, and even if they’re not immediately apparent, the day may come when your screen finally croaks due to a long-scratched surface. Cracked screens can damage the backlight, cause inconsistent pressure points, create dead spots, discoloration, and more. It can leave your phone more vulnerable to moisture, and it can be a danger to the user when tiny glass shards chip off. For all these reasons and more, it’s prudent to just fix your screen ASAP. While it could ostensibly run perfectly for the rest of its life, in most cases, a cracked screen eventually leads to complete screen failure; might as well get ahead of the problem.

MYTH: Repair Shops Are Impractical Because They Take So Long

This is another misconception, and it’s quite often not even based on any kind of evidence. People just like to assume that professional services have a queue and a long turnaround time, but this isn’t always true for smartphone repair. In fact, many jobs can be done within a day.

Consider that broken screens, for example, are the most common type of smartphone damage — any cell phone repair shop worth their salt has fixed hundreds to thousands of screens. In other words, we know what we’re doing, and with experience also comes efficiency. It’s hard to compete with the turnaround time of smartphone insurance. When you file a claim, the replacement phone usually arrives within one to two days. But, if you had insurance, you wouldn’t be shopping around for third-party repairs in the first place. At iFix and Restore, we understand how essential your cell phone is for your day-to-day activities, and that’s why we make every effort to provide the fastest possible turnaround time.

This one is more of a misconception than a myth, so let’s get down to the facts. Yes, carrier warranties allow you to replace your phone for free if you meet their conditions, and yes, they are often voided if the phone has been disassembled or manually repaired. So in a sense, it’s not wrong that cell phone repair shops can kill your warranty. However, this doesn’t mean a whole lot, because in 99% of cases, the damages we fix at our shop aren’t covered by warranties. Warranties tend to cover defects, not damages. So, what’s the difference between the two? Generally, defects were there to begin with, and they occur from no fault of the user. Defects imply that the damages were the manufacturer’s fault, which is why they’ll replace your phone free of charge. Damages, on the other hand, are user-inflicted problems. It’s no one else’s fault but your own if you drop your device on the sidewalk, and warranties aren’t going to cover that. If your phone breaks, you should always check whether or not it’s warranty-covered, because that’s going to be your best option. But if it’s not, you’re better off taking it to a shop. Yes, it may void your warranty, but that doesn’t mean much when you were already ineligible for it in the first place.

This one depends entirely upon the context of your situation, but in a huge number of cases, it’s actually cheaper to go through a cell phone repair shop than to deal with smartphone insurance. While many users pay very little to replace their phones under an insurance policy, that’s ignoring the fact that they’ve been making monthly payments. Not only that, but the deductible can be outrageous if the phone model is brand new, expensive, or both. If you’re rocking a crisp new Note 10 and it breaks the day after you buy it, you could be looking at a $200-$300 deductible. Ouch! If you’ve owned it for a few months, add the accumulated monthly insurance charge on top of that, and suddenly your repair isn’t looking so cheap. Yes, it’s cheaper than the $1000+ you paid for the phone, but that’s still quite a financial hit. If you take your phone to iFix and Restore, there’s a very good chance that it will end up costing less than you’d pay with insurance. We don’t want to guarantee this because it depends on the phone, damage, insurance policy, and device age, but let’s just say that you shouldn’t immediately write off a repair shop just because you could get an insurance replacement. At least get a quote first, because it could end up saving you money!

Somehow, there’s a strange old wive’s tale that’s been passed down about cell phone resuscitation — the idea that placing your phone in a container of dry rice will help it to dry out more quickly. Countless people swear on the rice trick, and while it has led to many a phone being revived, it’s important to remember that correlation is not always causation. In most instances, the rice has little to do with the phone’s recovery; it’s usually because the phone is left idle, unpowered, and alone for a long period of time. These conditions allow moisture to slowly dry out. Don’t believe us? The folks at Gazelle tested the theory, placing several wet phones into various absorbent materials, such as rice, cat litter, and silica gel. Rice actually turned out to be the least effective out of all the options. The Verge speculates that the main benefit of rice isn’t the rice itself, but how it separates phone from owner for a prolonged period. In fact, many reports claim that rice can actually make the problem worse, since starch particulates can find their way inside the phone. There are effective ways to dry out a phone, but most of these methods require a professional’s touch, because when done incorrectly, they can actually make the problem worse. The best thing you can do when you have a wet phone is to immediately turn the power off, remove the battery (if possible) and leave it undisturbed in a dry environment for a few days. Meanwhile, we encourage you to give iFix and Restore a call — we may be able to help.

There may be many myths floating around about smartphone damage, but there’s one fact that will always be true: iFix and Restore can help. We can fix almost every cell phone problem under the sun, and when repairs aren’t feasible, we can help guide you to the next best course of action, such as selling it as-is. While cell phone repair is our main service, we can also help you sell your phone, and we also provide preventative measures that will protect a healthy phone against damages in the future. If you’re in Jacksonville and you’re in need of any one of these services, we encourage you to stop by our location, or contact us today.